Italy, Siena, the Palio: horses get rid of their Jockeys at the Curva del CasatoOn the basis of a detailed reconstruction of horse accidents which have happened on this race-track during the last 20 years of the Palio, we see that the greatest number of accidents have happened at San Martino (57% of the cases) in respect to "Casato" (37% of the cases.) 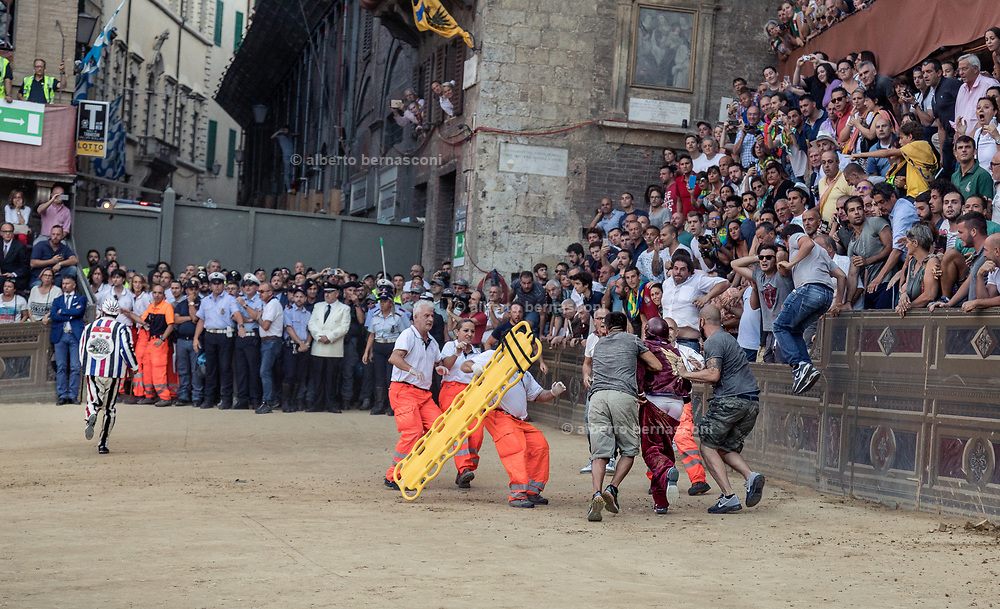