Vietnam,DMZ: Khe Sanh, selling war souvenirs to tourists and veterans.Here US had a famous airbase. This was one of the most (in)famous battle sites of the war. To distract the Americans from the Tet Offensive that they were going to launch in the south, the communists started a siege of the base at Khe Sanh, here on the DMZ. US President Johnson, who was determined to avoid another disaster like the one the French suffered not long before at Dien Bien Phu, made the Joint Chiefs of Staff sign a written pledge that they wouldn't lose Khe Sanh. They didn't lose at Khe Sanh -- though the cost in human lives was terrible. And, as it turned out, the Tet Offensive -- for which Khe Sanh was just a smokescreen -- was the beginning of the end of the war 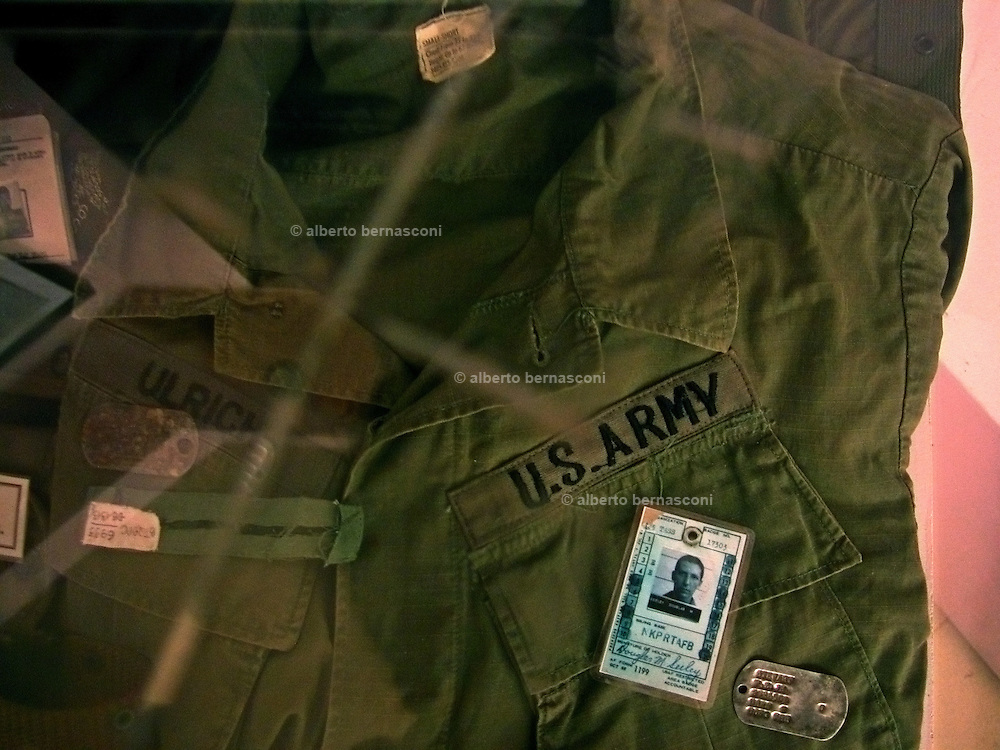