Italy, Siena, the Palio: preparing the the ring ealry in the morning for the 11 o'clock trial, the last before the Pslio at 7 pm. Any visitor to Piazza del Campo during the days preceding a Palio will see the square completely transformed. The entire square is paved with blocks of tufa rock and the track around which the Palio is run is covered with brown earth. Wooden stalls are arranged around the square to seat the authorities and those who have walked in the ceremonial processions. The centre of the square is fenced in to contain the vast crowd that assembles to watch the race. The perimeter ring in Piazza del Campo, normally paved in "pietra serena", is coverd by a layer of earth composed of a mix of "tufo" and sand. The thickness of this layer, although varying at different points, results in an average thickness of about 15 cm. The desired compactness is obtained by the use of steam rollers. By watering it periodically, the earth is not allowed to become too dry, and as a result it is maintained elastic and compact. Overall, however, it is a "hard" earth in respect to normal race track conditions. 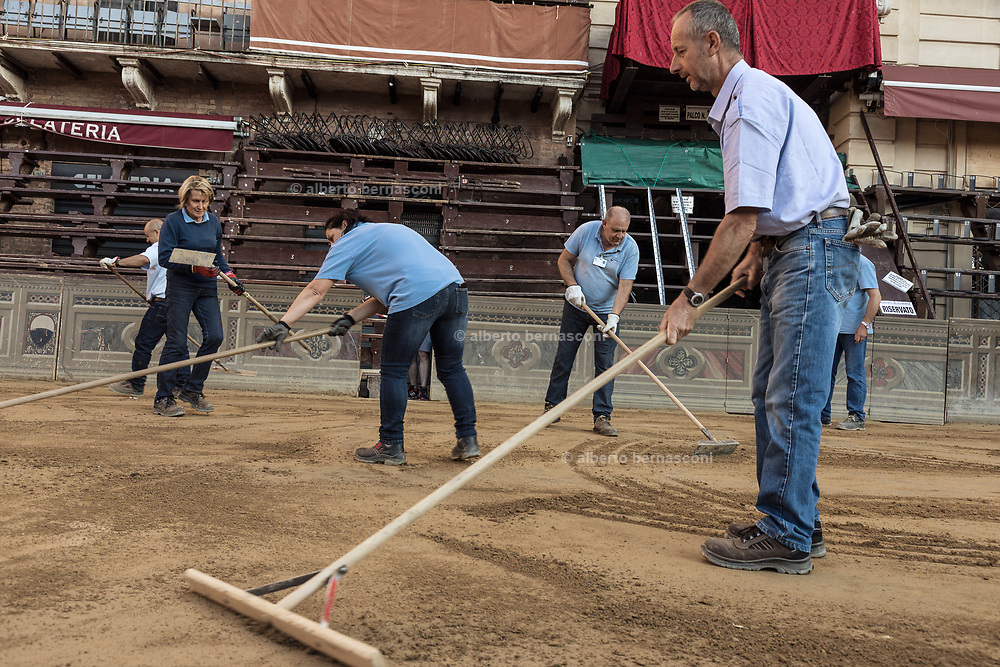