Germany, Freiburg.The district of Rieselfeld is situated in the
West of Freiburg and is providing 4200
residential units for about 10,000 to 12,000
inhabitants.
The construction of the district of Rieselfeld
started in 2004 is planned to be completed
by 2010.
The political guidelines for the town planning concept have
been in effect since 1994.
Traffic systems that give priority to public transport and
foot- and bicycle traffic.
Orientation towards ecological objectives: low-energy
construction standard
High quality of private and public green spaces and of
leisure centres.
priority for public transport, pedestrians and cyclists; easy access to the
public transport for all residents; a general speed limit of 30 km/h; several "play
streets" in which playing kids have priority; right-before-left rule of priority for speed
reduction. 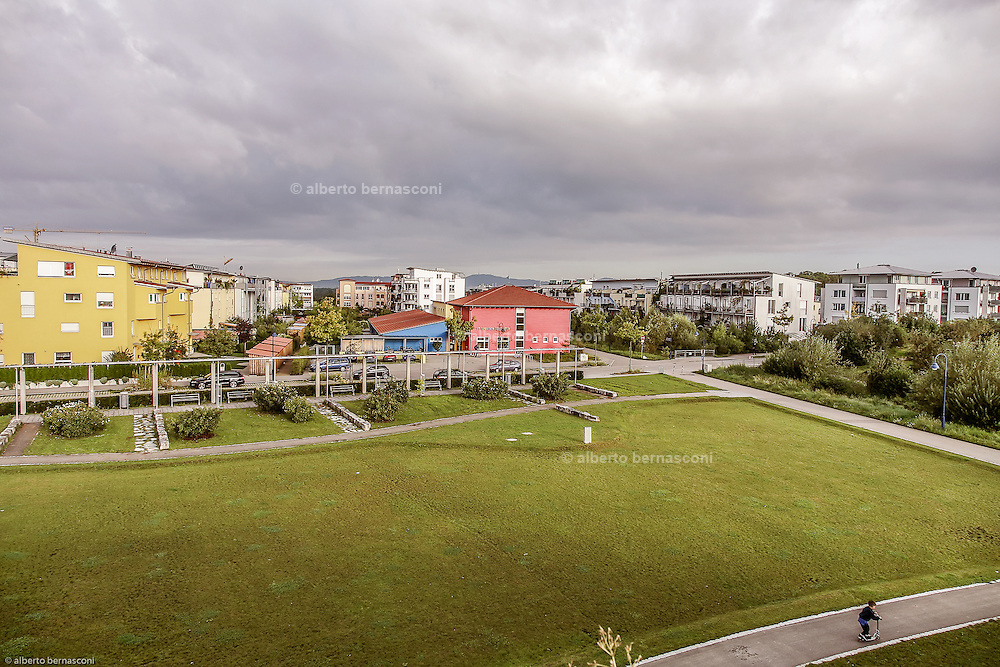