Vietnam, Hue :the entrance of the Imperial capital, old vietnamese capital...Buildings in the central court of the Imperial City at Hué that were badly damaged during the Vietnam War are now topped with vegetation and surrounded by grassy fields...In 1968 the North Vietnamese army launched the Tet Offensive against U.S. troops who responded with heavy bombing that destroyed many buildings in Hué, the old imperial capital..... Vietnam, Hue the citadel, old town imperial town 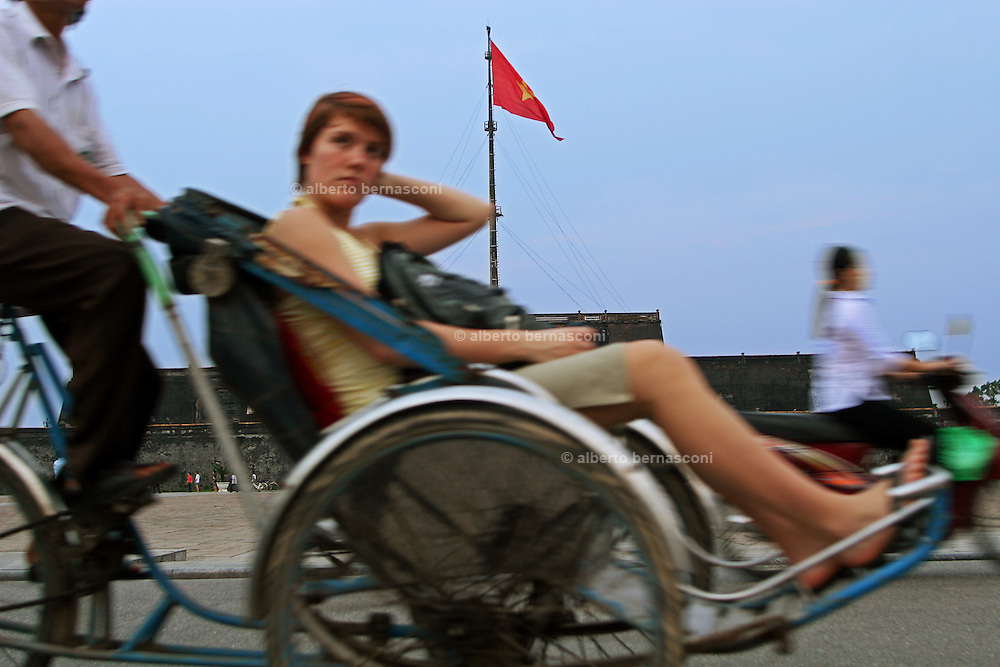